DDoS Attacks and What You Can Do to Prevent It 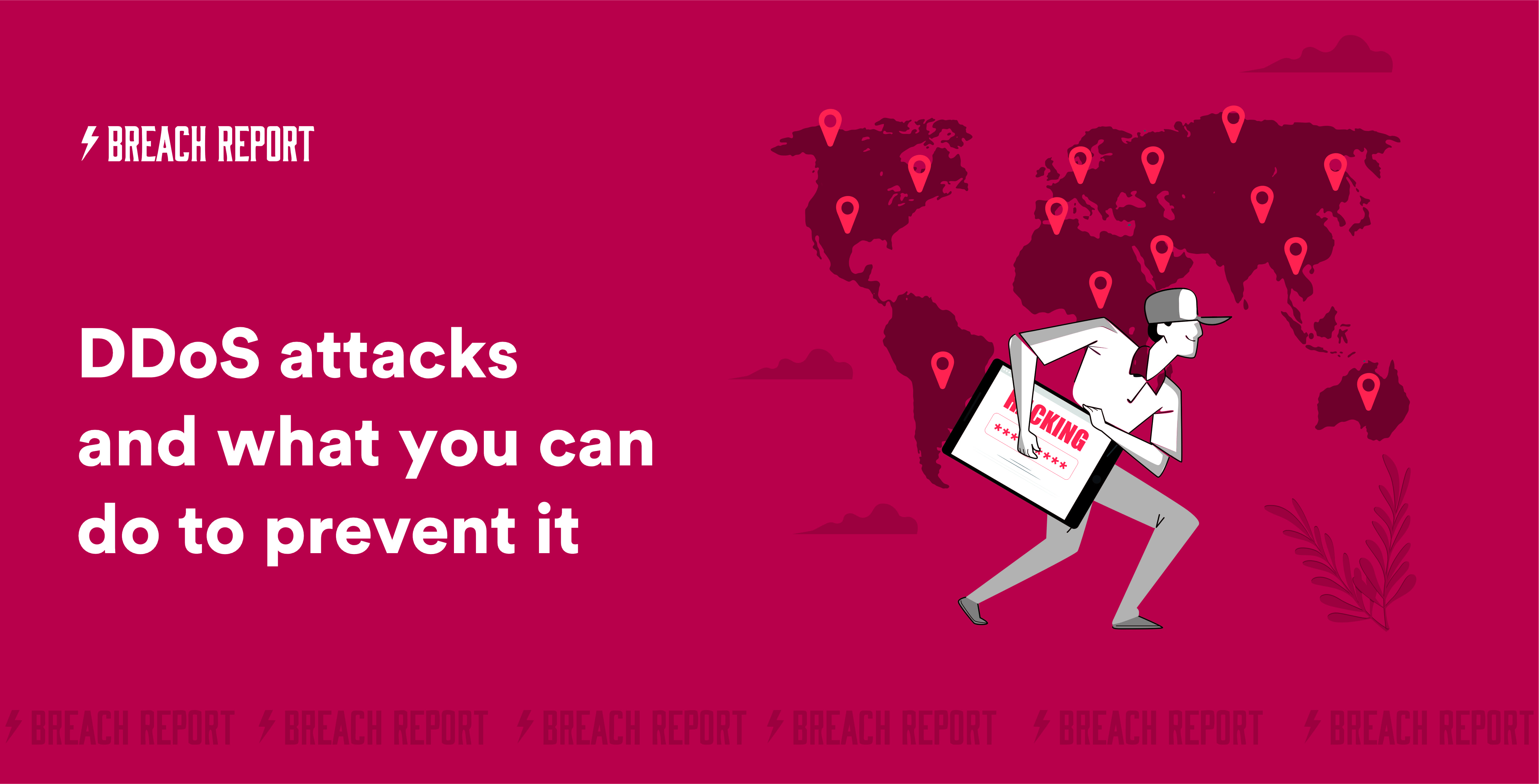 DDoS Attacks and What You Can do to Prevent it

The internet is a marketplace for millions of bytes of data which comprises both structured and unstructured information which influences people of all age groups to some extent or the other.

This information helps us keep our general knowledge in check and ensures our productivity can get a small boost on an everyday basis. The best part of this is that the data is freely available from anywhere to anyone on the web. And the bad part is, it can be exploited by anyone to the extent where they can halt a big operation for weeks which can cause monetary losses to the victim.

One such attack is the DoS attacks. DoS is the Denial of Service caused by infiltrators and hackers who purposely flood the victims network with tons of redundant data packets. This attack disrupts that particular network through which the host computer has connected to the web. This causes a denial of any network activity in-and-out of that network which leads to a total halt.

What is a DDoS Attack

DDoS or Distributed Denial of Service attack is a combined DoS attack carried out from different systems simultaneously. The victim companies are usually unable to trace such attacks as the network packets get flooded from different sources. These attacks are usually planned and are done with the intention of exploiting or exposing the vulnerabilities of a particular host network.

There are tons of online websites which don't have a valid security certificate but still guarantee the user that their data is safe with them. These websites are usually the victims of such attacks. Websites of private banks, educational websites, food delivery applications which ask for sensitive information like the customers’ credit card or Paypal details may not have the required access permissions to keep your data safe. This can result in a massive breach of customers’ data.

The DDoS attacks can’t be traced back to its original source from where it was originated as it is performed from multiple sources and hence very difficult to stop either. This process is initiated to attack a single host computer. Security experts and white-hat hackers often plant such attacks to find out the loopholes in network security. 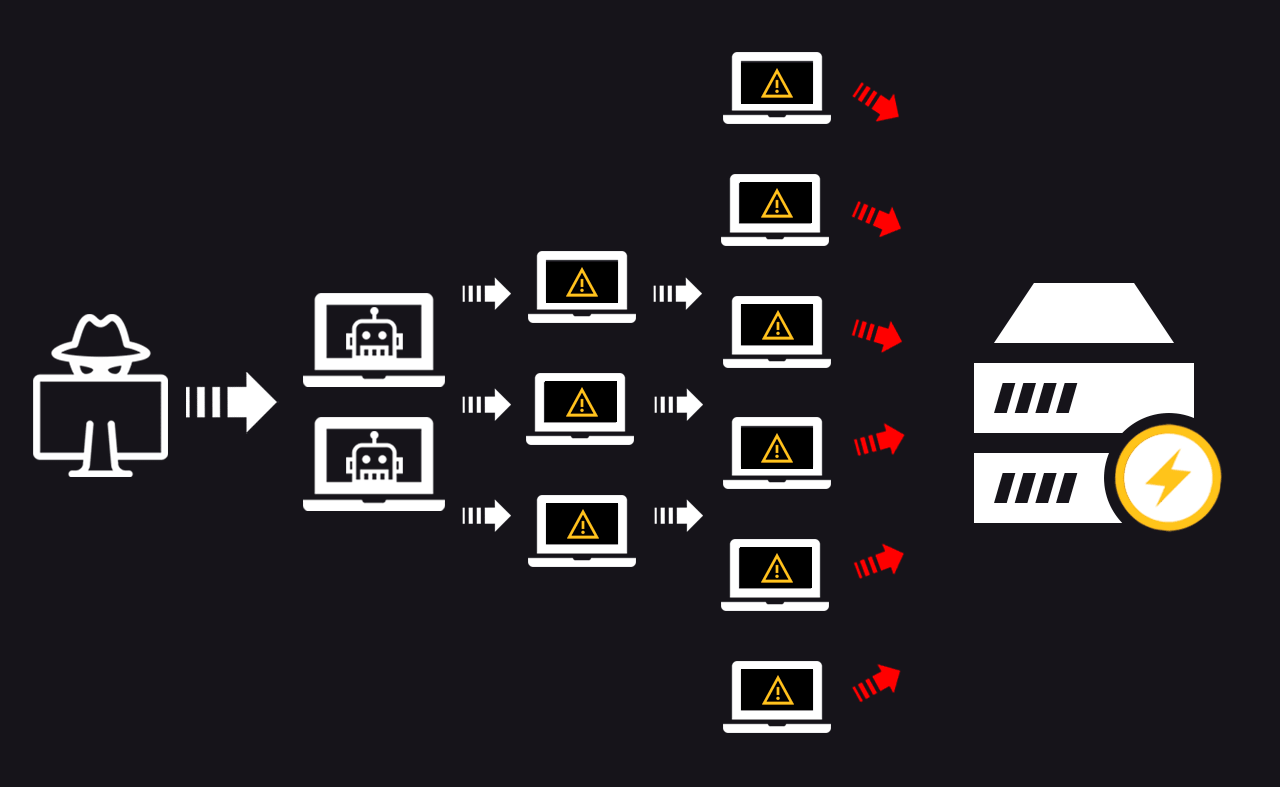 There is three types of DDoS attacks:

The above image is displaying the current DDoS attacks that are being continuously carried out at various countries. The victims are present all over the globe and are getting affected on a large scale. On the contrary, even a network protected by a strong firewall service is not sufficient enough to stop such attacks if the infiltrators are highly skilled.

Major DDoS Attacks Which Took the Industry by Storm

The makers and developers of one of the biggest code sharing website witnessed a catastrophic attack on their website. On February 2018, Github was intruded by a massive record-breaking 1.35 Teraflops per second DDoS attack from multiple intruders. The attack crippled its servers and the entire network affecting millions of users over the globe. Nevertheless, it made Github realize the gravity of such situations and the vulnerability of their network security. Now, they have resorted to a scalable architecture where they can handle such network packets easily.

Banks are the common targets for data breach and firewall attacks. As their database is updated with a huge amount of sensitive data of millions of customers, it can easily be a soft target for the intruders. In 2012, a network of 6 big banks was targeted from a string of different sources where the attacker overwhelmed this network with sudden admission of redundant network packets. This caused a complete shutdown of their servers and the banking operations were halted for some hours which caused loss of millions of dollars. Data traffic of 60 Gigabytes per second was triggered which was alarming enough for all the banks around the world to take a pressing lesson from the incident.

DDoS Prevention is Better Than Cure

The frequency of such attacks has spiked at a rate which makes it impossible to guarantee a 100% security at any network or application layer. We need to note that it is challenging to detect such attacks in advance and prevent them.

Establishing a strong network infrastructure which can easily achieve as well as sustain levels of network protocols is essential for a good network. This constitutes layers of firewalls, VPNs, content filtering, and spam filtering which should be followed as the standard norm by all the organizations on a large scale. They ensure that your network is secure from such attacks and remains that way for a long time.

Relying on the cloud

A properly managed cloud architecture can be crucial in managing extra traffic of the website. Cloud ensures that your data is secure and out of breach due to its scalability and improved security.

Anything that rings a bell!

At times, a website can encounter unusual traffic activity which can cause slowdowns and disruption of services. Other warning signs like a decrease in loading speed of the pages of the website, unnecessary pop-ups, too many users accessing the same resource of the website at the same time can be recognized well in advance before the attack. Network analytics can be useful in this regard for monitoring the various network activities like the traffic per hour, total hits and total visits.

Stringent steps are needed to be implemented at sites where important and sensitive data is being accessed and stored. These websites need to look at their current network security infrastructure and take the mandatory steps to ensure less to minuscule intrusions to their data. Websites owners need to understand the importance of a network system which can not only verify the new visitors but also be able to block the ones who are trying to phish or enter the website illegally.