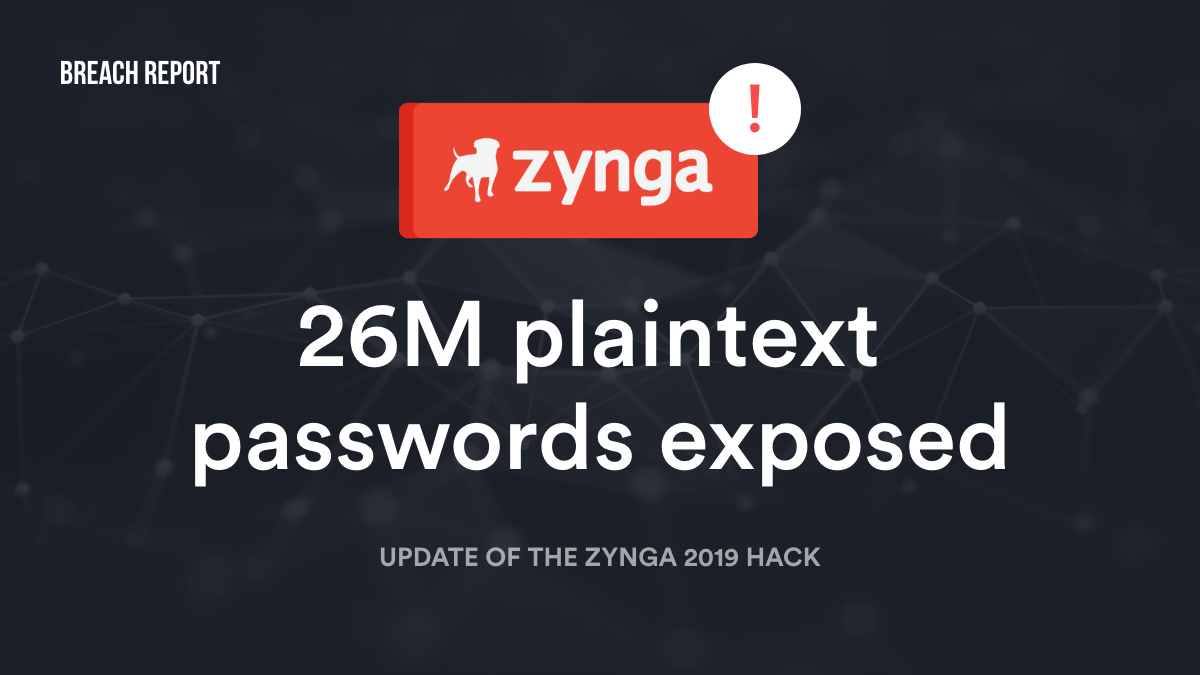 As Zynga’s player security announcement states, “cyber attacks are one of the unfortunate realities of doing business today”, nevertheless, the extent to which certain data leaks harm internet users strongly depends on a company’s choice of security protocols of handling user’s sensitive information.

The Zynga breach happened in September 2019 following the official statement of the company on September 12. Following that, Hacker News released an article which confirmed that the breach was executed by the famous hacker Gnosticplayers, who holds the record of a hacker with the biggest number of breached information, claims to possess hacked data of other Zynga-developed games as well, namely Draw Something and OMGPOP jointly affecting 7 million users.

The breach initially exposed encrypted user email addresses, names, usernames, phone numbers, Facebook ID’s (if connected) and passwords. The Words with Friends team used SHA-1 (Secure Hash Algorithm 1) encryption algorithm to store user information, unfortunately it didn’t take long for the clear text file to appear on the dark web hacking forums. The SHA-1 encryption algorithm has a bad reputation among cyber security experts as it has been theoretically broken in 2005 and in later successfully attacked in the real world cases.

“The security of our player data is extremely important to us. We are working hard to address this matter and remain committed to supporting our community...” - Zynga.com Player Security Announcement

On December 15th 2019, a new Zynga data dump including more than 26 million email-password combinations in plain text started circling around the popular hacker forums. The new dataset was immediately related to the September breach

And to be very clear, finding hacked databases doesn’t require neither extraordinary skills, nor knowledge, just simple genuine curiosity. The database is available to the average Joe who has a few spare hours to download and look through the Words with Friends user list.

This striking fact makes us wonder:

Before we get to the content of the database, let’s dive into the Zynga user demographics a bit.

In the research covering 5,000 social game players in the US and UK, PopCap Games and Information Solutions Group found that the average social gamer is a 43-year old woman. The survey was conducted with individuals who play games on social networking sites and platforms at least once a week.

Here you can see the list of the most repeated passwords of the dehashed data breach: 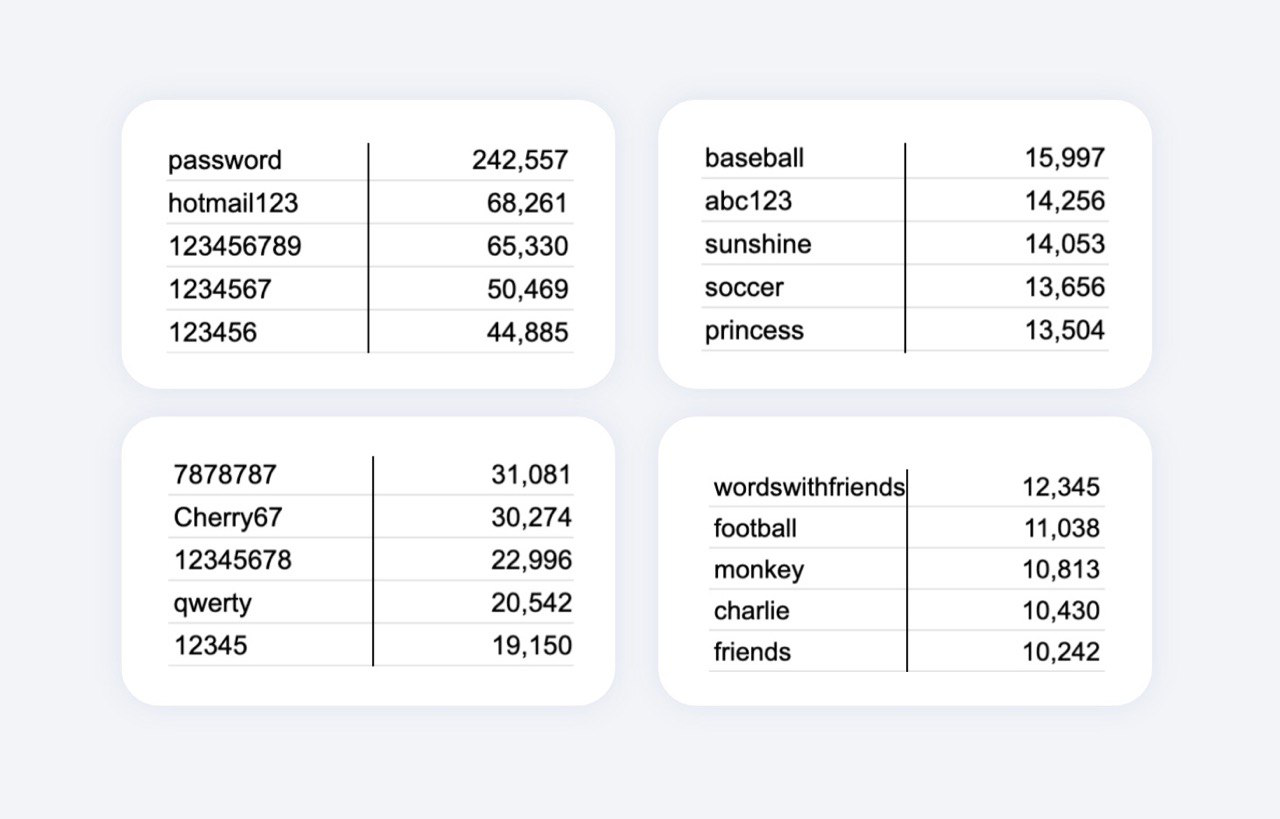 What to do if you have been playing Words with Friends?

If you are one of the hundreds of millions of Words with Friends players, make sure you check if your password has been exposed in plain text in the December 15th database.

IF YOU HAVE BEEN HACKED:

Find the rest of our security tips here: https://breachreport.com/security-guide

IF YOU HAVEN’T BEEN HACKED:

Even if you haven’t been found hacked, it would be a good practice to change your login password, and ideally to update the password for your email address used to register/sign-up  to the game.